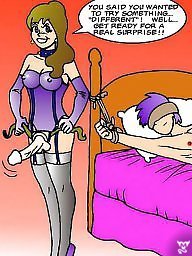 My posts will be based on my own personal experience in the life-style and also as a sexologist, working in this field for 20 years.

When I first arrived in Los Angeles, many years ago, my partner and I were introduced to the swing scene by a couple who came to one of our book signings. Initially they said, “You guys are total swingers…” to which I replied, “Well neither of us have tried swinging, not really our type of dancing…” to which she giggled and explained, “Not swing dancing… swinging as in open relationships and life-style parties…” We were fascinated and welcomed the invitation to join them at a party… they became life-long friends and we are still in touch today.

That was almost 20 years ago and we still enjoy the life-style together and individually. I completed my PhD on the health benefits of sex and open relationships in 2013, and continue to teach small group workshops and work intimately with individuals and couples wanting to explore more and expand their sexual experiences.

I remember at one of the sex parties I went to in Los Angeles back in the early days, I was talking to a hot guy and he asked me if I spoke Greek… I had spent some time in Greece so responded in my limited Greek, to which he looked a little surprised… He then asked me if I spoke French, to which I responded in pretty good conversational French, even if I do say so myself! He gave me another strange look and asked if I spoke Asian? I said I had never been to Asia. My girlfriend who was listening to the conversation broke out in hysterics! She laughed and laughed. When she finally stopped laughing she explained to me that he was talking in a sex innuendo language - speaking Greek referred to doing anal; speaking French referred to deep tongue kissing; and speaking Asian referred to licking the ass or rim jobs! A way of saying things without sounding crude. A code language! So now I get it when someone talks about speaking Greek and try not to automatically respond in my hippie backpack travel limited Greek.

At another party we went to in LA I was introduced to the concept of Adult Movies. Having a background in acting from my University days in New Zealand, I decided to pursue the movie industry in LA. So I was chatting to this guy at the party and he said he was an Adult actor. Me, in my naivety, inquired “Adult as opposed to Children’s actor?” He laughed and proceeded to explain to me what the Adult Industry was all about. I was intrigued and wanted to find out more and experience it myself. I have always been one not to comment or teach about anything unless I have had a personal experience of it. He was also a director/producer of Adult content for movies so we went ahead and planned a scene to be filmed at my place near the beach. I was a little concerned about having unprotected sex but he explained the adult STD testing system. I was also still fertile and wasn’t interested in having babies or going on the pill so he very nicely offered to plan the shoot around my monthly cycle! What a thoughtful, considerate guy!

He also offered for me to attend a shoot beforehand to get an idea of what was entailed. That was fascinating. My shoot went ahead and I still have the original VHS copy of it! I did quite a few in those first few years and it is hilarious to go back and watch myself! I highly recommend doing an adult video shoot or setting up your own camera and filming yourself having sex. It is such a trip to see yourself on the screen. Several people over the years have commented that they have seen me on PPV in hotel rooms, or on videos they have rented or downloaded! And I have helped several couples and individuals make their own home videos for their own personal use. It can help keep the relationship alive. Many have commented that they often refer back to their old videos for inspiration and as a reminder of fun times they have had.

I was in a TV series called “Six Feet Under,” a movie called “Auto Focus” with Greg Kinnear and Willem Dafoe, and still get royalty checks for that one.

I was also invited to participate in a couple of different sex education video series for the Alexander Institute and the Sinclair Institute.

Many of my clients, couples and individuals, love to explore that area. It is very usual these days for males to enjoy this exploration as well as females. So if you haven’t…. Go for it! And suggest it to your partner… Sexual Adventurers Unite! This is why we are attracted to websites like this, enjoy traveling with like-minded people, attend workshops/playshops focused on sexual matters, and go on adventures all around the world literally! Greece, France, Asia….!!

Next is B - for Bisexuality…

Click here for the hottest selection of SpicyMatch Official Merchandise.

BE WICKED FOR A WEEK!

You can book your next stay at Jardin d'Eden directly from your SpicyMatch profile. Click here to request a quotation